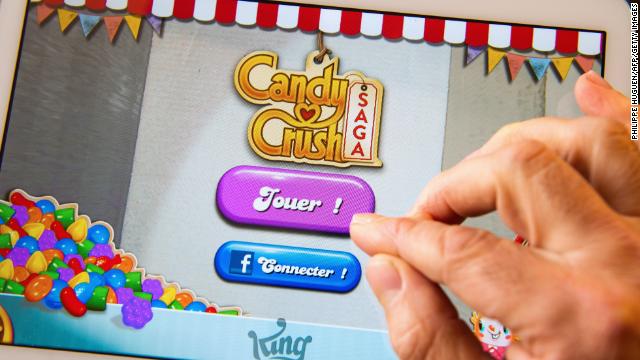 Don’t care what level your friend finished in “Candy Crush?” Facebook wants to make such posts rarer in your News Feed.

(CNN) — For the second time in just over a week, Facebook has done an about-face on a feature that has bothered some users for a while.

Fewer automatic posts will be showing up in your News Feed telling you what a friend is listening to on Spotify, which level they just defeated on “Candy Crush” or when they’ve posted a filtered selfie on Instagram.

The social-media giant has announced it will be giving those posts less clout in its News Feed algorithm — the tool that decides which posts you’re mostly likely to want to see — while giving extra emphasis to actions your friends choose to share.

So, to use the Spotify example, you’ll be less likely to see an automatic post when a friend listens to a song but more likely to notice when they share a playlist they just created.

“We’ve found that stories people choose to explicitly share from third party apps are typically more interesting and get more engagement in News Feed than stories shared from third party apps without explicit action,” Facebook’s Peter Yang wrote in a post on the company’s blog for developers.

Yang said that app creators will have to start specifically request that actions from their app be automatically shared.

“If your app is currently publishing stories implicitly, we encourage you to consider these options instead,” Yang wrote, listing tools that let users tell their friends what they’re up to.

They include a new tool that lets app users share their activity directly in Messenger chats (say, with all your friends who still play “FarmVille?”) and the ability to add the “Like” button, already appearing on more than 10 million Web pages, to mobile apps.

Reactions on social media have been largely positive, even if many posts have a “What took you so long?” feel about them.

“Great news to start my day. I am truly happy,” wrote Lynda Appell, a Twitter user from Philadelphia.

The change came less than a week after Facebook announced that all new users will have their privacy settings default to “Friends Only” and that existing users will get messages urging them to make sure their settings are where they want them.

Critics have questioned Facebook’s commitment to privacy over the course of its 10-year history, claiming the company would prefer users share as openly as possible — which advertisers like — than adjust their settings to be more private.

But changes in recent months suggest the social platform has decided on a different tack.

Last month, Facebook rolled out the ability to log in “anonymously,” preventing other websites and third-party apps from collecting data about you.