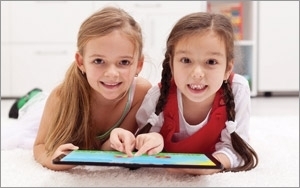 Google will refund at least $19 million in order to settle “family fraud” charges that it unfairly billed parents for their children’s in-app purchases, the Federal Trade Commission announced on Thursday.

“This action marks an important step in the FTC’s continuing work to ensure that consumers using their mobile devices enjoy the same basic consumer protections that have existed for decades in other contexts,” FTC Chair Edith Ramirez said in a statement about the case. “Our settlement with Google underscores the fundamental principle that consumers should never be charged for a good or service without their consent.”

The FTC alleged that, starting in 2011, Google let young children make in-app purchases in games without first entering passwords. The following year, Google began requiring passwords, but allowed kids to rack up in-game charges for 30 minutes after the password was entered, according to the complaint, which also was unveiled on Thursday.

Many of the games at issue “blur the line” between virtual currency and actual money, the FTC alleged. For example, the app Air Penguins — which lets children save cartoon penguins from melting ice caps — offers some items (penguins and polar bears) for virtual currency, but charges real money for other items. (Fish sells for up to $49.99.) “The screen does not contain any dollar signs or other description of the real-money cost of any of the items,” the FTC alleges.

The credit card charges prompted thousands of complaints by parents, with many assuming that they had been hacked, according to the FTC. Google employees allegedly referred to these complaints as “friendly fraud” and “family fraud” — meaning unauthorized purchases by people the account holder knows.

In addition to issuing refunds, Google promised to revise its billing practices.

The FTC’s settlement with Google follows a similar deal with Apple, which agreed to refund $32.5 million to parents for their children’s in-app purchases.

Rep. Ed Markey (D-Mass.), who requested in 2011 that the FTC investigate in-app purchases, praised the agency for pursuing the issue. “As the use of mobile apps becomes ubiquitous in our digital economy, I encourage the Commission to continue to monitor these applications, especially those targeted to children,” he said Thursday in a statement.